INFRS AS A NEW REPORTING STANDARD 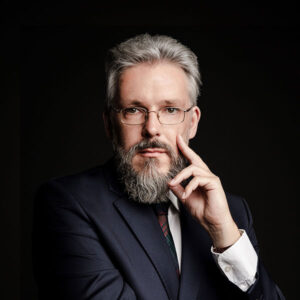 A week ago, I described best practice for climate reporting. Now it is worth to describe what changes in non-financial information disclosure are to come in the nearest quarters.

Currently, we are only in the third non-financial data reporting cycle. This requirement entered the Polish law when the 2014/95/EU directive was implemented. And this very directive is being now reviewed by the European Commission, which plans to present a draft of the amendment by the end of 2020. It is quite fast considering that the first reports were published only two years ago, because the EU regulator usually evaluates how regulations work after 4-5 years since their introduction.

The rush is caused by the climate crisis and pressure from financial institutions. Banks, insurers and investment funds want, as soon as possible, to direct their financing to those companies which actively reduce their negative impact on the natural environment. At the same time, financing parties want to diligently assess the risks of their individual portfolios. To be able to do this, they need reliable and, most of all, comparable data. The very general directive allowed companies to report non-financial information by using any standards they wanted. Since 2018, large companies have been flooding the market with reports that present different level of detail and, let us be honest, quality. The guidelines of the European Commission, due to their general nature, have not unified the way of reporting.

Financial institutions expect the same quality and comparability of non-financial data as they get in the case of financial statements prepared throughout the Union in accordance with the International Financial Reporting Standards. In response to the lack of comparability of non-financial data, there are various forms, surveys and questionnaires which companies receive either directly from investors or indirectly from agents, data brokers, analytics firms or rating agencies. They fill the gap and try to provide investors with data that are comparable at least to some extent. This, however, creates an increase in personnel, organisational and financial costs for companies because someone has to fill in all these questionnaires.

A solution to this problem is very simple. I have postulated on the Union forum for a few years that an ‘International Non-Financial Reporting Standard’ is created, which would make it easier for companies to prepare their reports and for investors to use them. Such INFRS would become, to paraphrase Tolkien, one standard to rule them all, a uniform platform for reporting, analysing and exchanging of ESG data and information. During the last year, I have heard more and more opinions that support similar unification of non-financial reporting. And finally, at the end of January, the Vice-President of the European Commission, Valdis Dombrovskis announced that, collaterally to the revision of the directive, work on creating a European standard for non-financial reporting would be commenced. Once the standard is announced, it would be promoted by the Union in the wider international arena as well.

The Commission plans to delegate work on the standard project to EFRAG which seems to be a relevant institution to complete this huge task. When creating a standard, one does not only need to include in it a number of non-financial areas (environmental, social, labour, human rights, corporate governance issues) but at the same time embrace all industry branches (without losing out on their specificity) and ensure that reports will be concise and comparable. Details of the planned work should come to light only in the coming weeks but we can be sure that representatives of issuers as well as investors, analysts, banks, insurers and rating agencies will be involved. The work on the standard will be conducted collaterally with the revision of the non-financial reporting directive because for the European Commission, which is acting under pressure from financial markets, time is of great importance. In regular circumstances, a working group in charge of the standard would be appointed only after the new directive is passed. However, thanks to commencing work on these two projects at the same time, it will be possible to save about two precious years. The Commission representatives also mention a possibility to replace the directive with a regulation. Such a move would also save two years because the new regulations could enter into force soon after they are passed, without the necessity of time-consuming transposition the law of member countries.

The shortest agenda could anticipate the regulations to be designed in 2020, passed in 2021 and entered into force in 2022. Maybe the process will take more time but companies should be prepared for such a scenario. It refers not only to those companies which already report, as today a reporting requirement for smaller companies (with over 250 employees, contrary to the current 500-employee threshold) is more widely discussed, which would increase the number of reporting entities threefold, more or less. It is also worth to remember that the European Commission has collaterally started concept work on a limited, basic scope for non-financial data reporting which could be introduced for small and medium-sized enterprises. The transitional period of changes always seems difficult but we are closer and closer to a situation in which reporting basic data on the company’s impact on the natural environment, society and employees will be something normal and common, and not only a difficult task which only the most ambitious and largest companies can afford to complete.

Find out what we do regarding sustainability reporting

All information provided on the website is indicative and does not constitute legal nor any other form of advice. MOD is not responsible for the use of the information provided on the website without prior seeking professional advice from MATERIALITY experts.
Please be advised that in order to optimize the content available on our website and adapt it to your individual needs, we use information saved using cookies on user devices. You can control these files through settings of your web browser. By continuing to use our website you agree to the use of cookies.
SettingsI Agree
Privacy Policy & Cookies

This website uses cookies to improve your experience while you navigate through the website. Out of these cookies, the cookies that are categorized as necessary are stored on your browser as they are essential for the working of basic functionalities of the website. We also use third-party cookies that help us analyze and understand how you use this website. These cookies will be stored in your browser only with your consent. You also have the option to opt-out of these cookies. But opting out of some of these cookies may have an effect on your browsing experience.
Necessary Always Enabled
Necessary cookies are absolutely essential for the website to function properly. This category only includes cookies that ensures basic functionalities and security features of the website. These cookies do not store any personal information.
Non-necessary
Any cookies that may not be particularly necessary for the website to function and is used specifically to collect user personal data via analytics, ads, other embedded contents are termed as non-necessary cookies. It is mandatory to procure user consent prior to running these cookies on your website.
SAVE & ACCEPT